The Tower of Babylon

The tower of Babylon is breaking down. It´s time for new predictions. 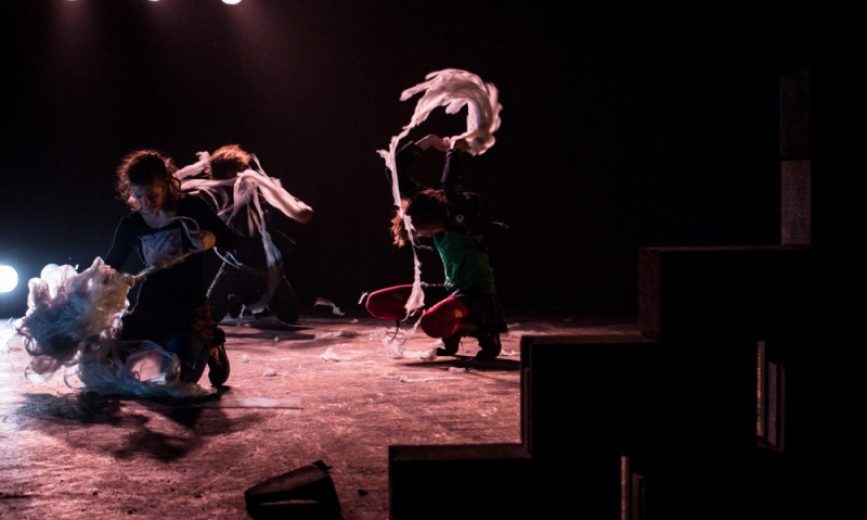 The tower of Babylon is breaking down. It´s time for new predictions. Just like then, when the Tower of Babylon was built, so also today is our belief  built on pride. We are slaves of own selffishness and this  defend overselves to look deeper. Since immemorial we try to materialize an existence of God into concrete forms and ideas. His attribute becomes a charm of life. Faithful worship of him we want to touch him, to have it to yourself. The physical theatre inspired by the radical rejection of social values and forms of modern period. It tries to capture an advice from our predecessors, which we dishonour as own so we are in whirlwind of something, what we can catch but not feel.

Since 2004 works in Štúdio tanca dance theatre as a professional dancer, teacher and choreographer, prevents a dance classes of contemporary dance for adults. During his dance practice he attended many projects such as Bodies in urban spaces, Arttherapy, Peripheral centre „Ilja“, Shalom Neuman- Talking about you.  Also attended many dance workshops such as German Jauregui- Vocabulary Ultima Vez, Margolzata Haduc- Pasing true.
During his professional career he worked with many Slovak and foreign dancers and choreographers such as Zuzana Hájková, Anton Lachký, Pierre Nadaud, Jula Cserepes, Tomáš Nepšinský, Daniel Raček, Stanislava Vlčeková, Katarína Zagorski, Zdenka Sviteková, Tomáš Krivošík, Miloš Galko, Tomáš Danielis, Peter Mika, Jozef Fruček, Milan Tomášik and also with directors Jakub Nvota, Michal Náhlik, Jozef Vlk.
His choreographical skills remelting in cooperation with children in a dance project NOTES (2006), to dance fairy-tale ABOUT A SISTER SIZED BY DRAGON (2008), TREES (2011). Tibor with his choreographic work collaborated with the band Longital and also with the artistic school in Bytča on the project CONNECTIONS. As a part of festival Four dance days for you and Arttherapy he created solo dance production AWFUL HOME (2012). In 2009 was awarded by TAOS ( Dance celebrity of season).