The Merriments of the past

Two worlds, which have been associated in the past and reconstruction of knock contemporary dance, but dominated in both lattie dynamics and zest of dancing. 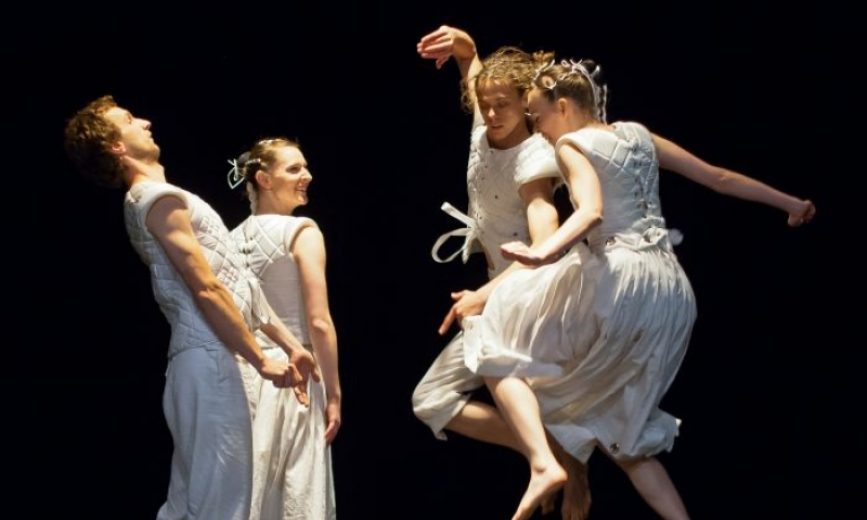 Two worlds, which have been associated in the past and reconstruction of knock contemporary dance, but dominated in both lattie dynamics and zest of dancing.

Impuls of performance is inspired by the English Renaissance dances of 17th century Parson´s Farewell. John Playford, the English composer, publisher and book-binderfrom London, in the 1651 he published a book called The Dancing Master. The book contains records of 105th English dances with melodies and dance figures between which is also inscribed Parson’s Farewell.  The book became a very popular, as evidenced by the fact, that the 80 years (1651- 1728) to 24 printed edition.

The original choreography Parson’s Farewell is very particularly interesting in terms of a premeditatedly space structure and in performance Joy of the past has become a central theme of the first part. In the second key part of the original dance in a natural transition into is the position of getting a search of diverse variations on the original version. Elements, that the combine the original and the new version of dance Parson’s Farewell is the spatial dynamics and the zest of dancing.

Contemporary world is characterized by the presentation of a unique movement- sound matrix. These are strikes of body parts on the ground in repeated time intervals, where the dancer has their movement and therefore the resonant structures which follows.

Another element of performance is part of silence, where dancers moving on the ground crawling in low attitudes, creating a unique sound –movement-matrix. The gradual grade and multiplication dancers creates a complex visual-audile scene, where the first sight is not clear whether is this the sound which influences movements or vice versa. As a whole, the results is a symphony of moving bodies and that exact time and the space on the stage.

dig into the future.

knock but I would not want

But yes, I just wanted to.

Start from the beginning.