This project is created under the direction of the contemporary dance star and master of dance improvisation, Julyen Hamilton 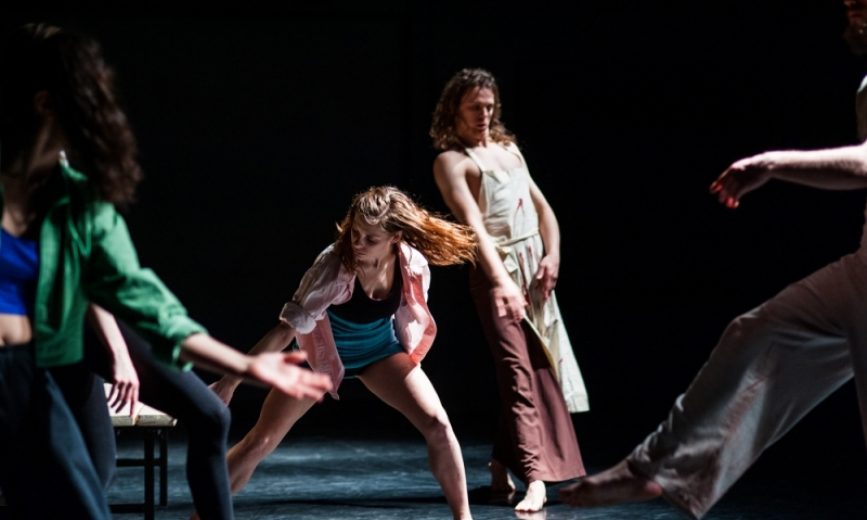 The upward flow of emotions reveals the stories and create symbols of life. The dance´s body, his and her mind, a glimpse of movement is changing to language. Silver liquid, Silver thread flows from that language and is mooring in it.

Capriciousness of mind of three improvising performance components – movement, light and sound – their symbiosis creates compact, meaningful flow, that is reflection of being and its forms. Every performance is unique and unpredictable, and as one of a few allows the audience to be a witness of movement’s act of creation. We dare to say, that every single performance is a premiere, not just for an audience but also for dance assembly itself. Performance is a mirror of subjectivity and consonance of dance group developed under guidance of Julyen Hamilton and his lifework.

Julyen Hamilton
dancer, choreographer, poet, teacher and musician
During the 40 years of his creative work has created around 100 author´s dance performances. During the 70s and 80s of 20th century, where he studied and began to create their own choreography was his approach to movement so special and different, that he created a new genre in dance. Hamilton inspired by his work many generations of dancers and is recognized as a master of dance improvisation. In 1999 Julyen Hamilton created the performance Something between us for Štúdio tanca dance theatre.