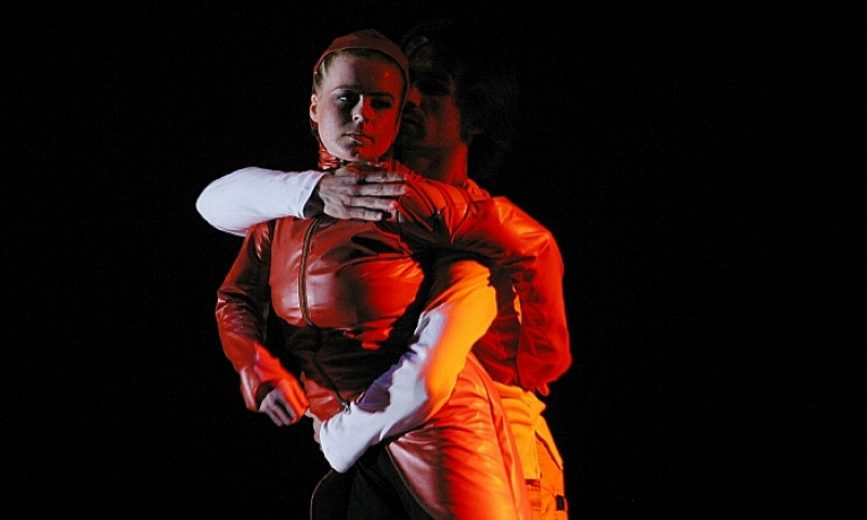 A man who stands on the edge of a desert and plans to walk into it so that he can pursue his personal story… So that he can meet others but, above all, himself.  So that he, in this deep deserted silence, can look into the eyes of what we all are sometimes afraid of… the eyes of solitude…the silence in our soul.

Štúdio tanca theatre opened the season 2002/2003 in Egypt, at the festival of experimental theatre in Cairo.  It was interesting that the offer came exactly at the time when the idea of a new performance, related to the symbols of desert, began to surface in the mind of the choreographer Zuzana Hájková. Upon Zuzana’s return home, the story began to receive its clear contours, mainly due to her unveiling of the experiences and feelings from the encounter with the Arabic (or Muslim, if you wish) culture.  Meanwhile, this culture and its external influence has unfortunately become a global issue; an issue mainly related to war.  The Silent Desert, however, wants to reflect on something else – on mutual understanding, enrichment and love.

Silent Desert was selected from a high-quality offer by 7 competing countries (Holland, France, Korea, Germany, Austria, Japan, Slovakia) to be performed at the festival of contemporary dance „Dance Bienale 2004“ in Tokyo, Japan.