You turned my wailing into dancing; you removed my sackcloth and clothed me with joy. ( Psalm 30, 12 A David Psalm) In a life of each of us, after a difficult stage of life, comes a time of purification, purification from all what the life has brought to continue further on the way... 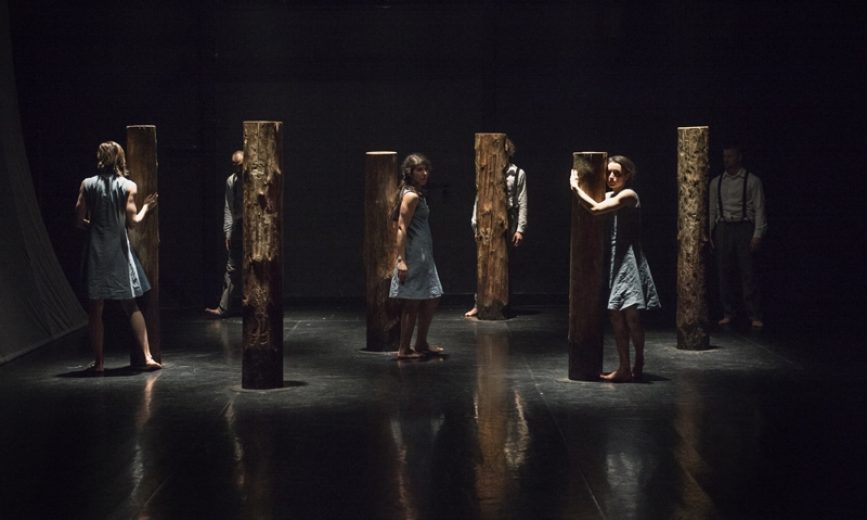 "Also, Purification says quietly that only through our internal purification of the individual we can move on, move on further, achieve a courage, hold on and go on.“

(the words of choreographer)

You turned my wailing into dancing; you removed my sackcloth and clothed me with joy.

works as a choreographer, teacher and director of Štúdio tanca dance theatre. She studied choreography at the Academy of Performing Arts in Bratislava, followed by on art internship in the prestigious Ballet Company of Gyor in Hungary. After graduation she worked at the Dance Conservatory in Bratislava, artistically led a ensemble of modern dance Auriga and The Group of contemporary dance. As a choreographer collaborated with many theatres in Slovakia and also abroad (DAB Nitra, DJZ Prešov, BDnR Banská Bystrica, Klicper Theatre in Hradec Kralové, East Bohemian Theatre Pardubice, National Theatre Prague). Zuzana worked as a artistic head of ballet in the State Opera, as a founder and teacher of dance department on Conservatory of J.L. Bella in Banská Bystrica. Since 1998 she is a director of Štúdio tanca dance theatre, the professional dance theatre. Zuzana was awarded the first prize in the national Czechoslovak choreography competition for the project Stop, won the award for The Best Direction and Choreography for the performance New trees in me and in 2009 she received the main award at the DIV festival for the performance The closeness of estranged ones. During the 18 years of existence of theatre, she has created two dozens authorical projects, for example Satto- the wind dance, The Silent Desert, I have not written to you for so long, Salmons, The Nucleus and she became a prominent figure in developing the awareness of the contemporary dance in Slovakia.

The Mud- is sticking on the dancer, it is pushing him and he is managing it, but after that it's covering him again and again. The tree trunks sticking out from the water in which the dancers try to capture. Contrition, banging head to the wall, defenceless of the naked body, looking straight ahead, surprising reversals, beauty and fun. Water as a symbol of purification; the initial wave transformation in choreography, through the real cleaning on the sides of stage, using the piano versions of track The Sea by Claude Debussy or funny final "cheers" with the audience… Exact timing in choreography and production interplaying with pure work of its team – lights of Ján Čief, set of Marek Gašpar Šafárik and music of Matej Háasz, who immersed himself into the interesting depths of his own composition, beside Debussy’s The Sea. In dense, authentic movement of dancers choreography brings, as a pearl shimmer, classic technical elements. By Katarina Zagorski: From Hollywood back to Banská Bystrica/ Water, symbol of purification, Dennik N, 26th of April 2016

The production was created and performed on 3 guesting stages with the financial support of the Slovak arts council.