I have not written to you for so long 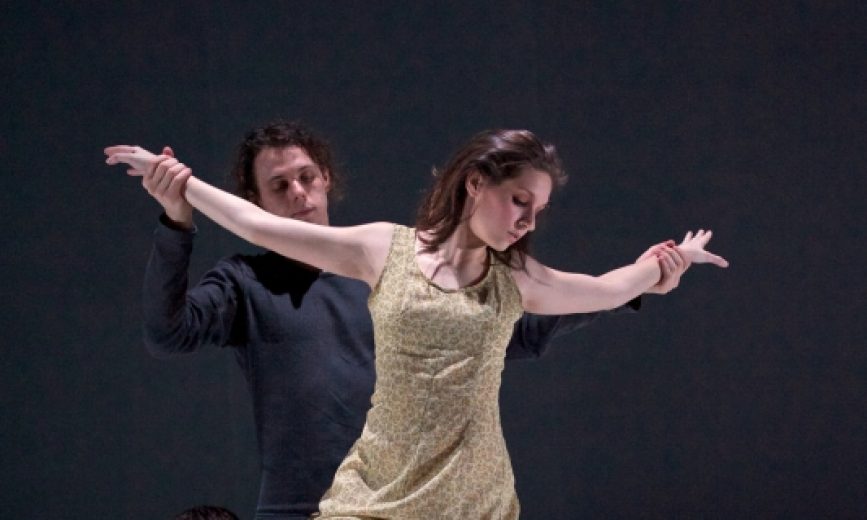 … motives of mature woman, reflecting the stages of her life that must be lived, serious but amusing moments too …

The inscenation I have not written to you for so long is a reflection of the four periods in a woman´s life in which a woman goes through during their lives- from the discovery of herself, first contacts with love and partner, over a period of caring for household, to the maturation and retention of memories. The author, Zuzana Hájková, used in this inscenation a daily life elements- tables, vacuum cleaners, bottle jars, iron ….In I have not written to you for so long, the main figures are not only women, present are two men, who secretly read correspondence from women. And from these secret letter learn about replete and unreplete desires, dreams, love… And they ask: What are the women? Woman as an angel, a woman as a bearer of life, a woman as a property, a woman as a gift for man  who can live with her, but not her own…. a various forms of today´s woman. But despite the fact that men want to have their name or names, there is always their own, mysterious woman´s world. Music by Anton Popovič is extremely suggestive, interfering inside each viewer. In 2001 she was nominated in the category of the best incidental music for  Divadelné dosky 2001 (overall, scoring in the second place). Based on this dance performance, a film was made in a coproduction of STV and Protos Production Film. The film has the same tittle as the performance. And its premiere was in December 2003.